What is Key Club?

Our Mission, Vision, and Core Values 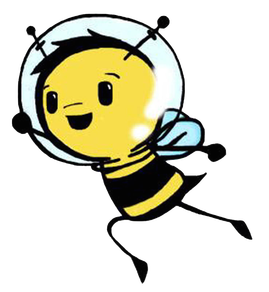 Key Club Pledge
I pledge on my honor to uphold the objects of Key Club International; to build my home, school, and community; to serve my nation and world; and to combat all forces which tend to undermine these institutions.

Objects of Key Club International
To develop initiative and leadership

To provide experience in living and working together

To serve the school and community

To prepare for useful citizenship

To cooperate with the school principal

To accept and promote the following ideals:

In 1924, Sacramento High School in Sacramento, California was suffering from destructive clubs and fraternities. The fraternities were outlawed and moved underground, meanwhile continuing to exercise a negative influence on the student population. Teachers and community leaders of Sacramento High feared the detrimental influence of these destructive clubs and fraternities. These leaders sought a means of replacing the influence of the negative groups with wholesome youth activities. Mr. John Dale, the principal of Sacramento High, and Mr. Frank Vincent, a faculty member, thought their school needed an organization of students who discouraged delinquency through their exemplary leadership.

Mr. Vincent asked the local Kiwanis Club for help to establish such a beneficial organization for educating youth. The two men decided to pattern a new group after their local Kiwanis Club. John Dale and Frank Vincent’s idea of a junior service club similar to Kiwanis was presented in 1924. A charter for the club was not approved until after eleven young men signed a petition on March 25, 1925 to the Kiwanis International Office in Chicago requesting to be chartered as a Junior Kiwanis Club. By the time the charter was granted and the club held its first meeting, the membership had grown to twenty-five members.

Kiwanis hoped to provide vocational guidance to the students of the entire school through the Junior Kiwanis Club. The club became known as the Key Club because of the positive influence the key students who planned the club’s weekly luncheon meetings had on the school’s atmosphere. Kiwanians attended their Key Club Meetings as guest speakers and Key Club members attended Kiwanis meetings. As the experience of Key Club grew, a trend developed expanding the original purpose of providing vocational guidance and worthwhile activities to students. Soon the entire Sacramento High student body was allowed to join a newly formed service organization, and a social program was offered to balance its service activities.

Key Club went through a period of expansion by word-of-mouth in following years. The youth service organization convinced communities throughout the United States to start Key Clubs patterned after the first Key Club established at Sacramento High School. By 1939, about fifty Key Clubs were chartered, mostly in the southern U.S. In the same year, Florida formed a State Association of Key Clubs (The first Key Club District). In 1943, the Florida State Association of Key Clubs invited Key Clubbers from Alabama, Louisiana, South Carolina, and Tennessee to attend its convention. Afterwards, Key Clubs formed an international association and elected Malcolm Lewis of West Palm Beach, Florida as its first president. In 1946, the official Key Club International Constitution and Bylaws were approved, and the association became Key Club international (KCI).

The first five clubs officially chartered by Key Club International were located in Sacramento, Monterey, Oakland Technical, Hemet, and Stockton (now Edison) High Schools. Key Club grew beyond its place of birth, since a few clubs already existed in Nevada. In 1947, it was decided that a district should be officially formed. The first step was taken as all Key Clubs and Kiwanis Clubs in California were invited to hold a conference in San Diego in October of 1947. The Key Club California-Nevada (Cali-Nev) District Bylaws and Constitution were adopted and new district officers were elected. John Cooper of Oakland Technical High School was the first District Governor of the Cali-Nev District. The first official Cali-Nev District Convention was held in Oakland in March 1948. It was attended by eighty members representing the 23 recognized district Key Clubs.